Nature and Climate in Spain

Spain is one of the most famous countries in the world, it is visited by tens of millions of people around the world and the Spanish language that originates... 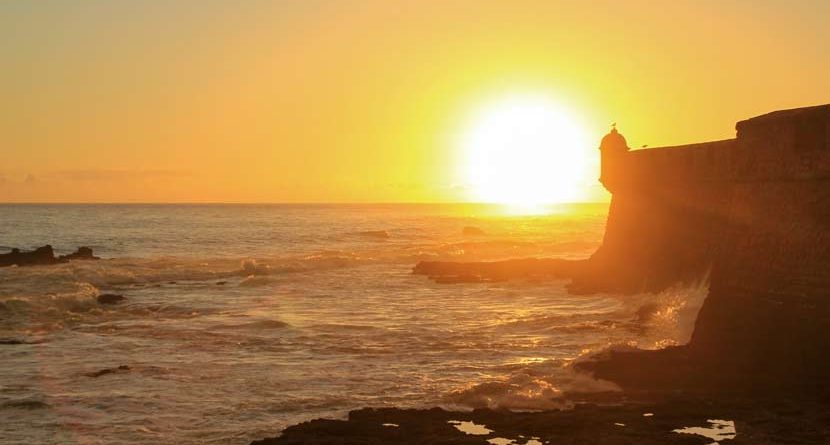 Spain is one of the most famous countries in the world, it is visited by tens of millions of people around the world and the Spanish language that originates from the Iberian Peninsula is the second most spoken language in the world with close to half a billion people in the world speaking Spanish as their native language.

Only English has more native speakers. The country of Spain is also blessed with many natural resources, wonders, and some of the best climate in the world. We will be discussing these topics in our article about nature and climate in Spain.

The country of Spain is very big, currently; it is the fourth biggest country in the European Union. Thanks to this Spain is home to many diverse environments from pine forests such as the ones located near the southern city of Malaga, the sea of palm trees known as the Palmeral of Elche located in the province of Valencia, and also the Casa de Campo which is one of the largest parks in Spain that you can visit if you decide to travel to Madrid.

This great diversity is mostly thanks to Spain’s geographical position, with Spain acting as an easy route over the Mediterranean Sea between Europe and Africa which has seen throughout its history being frequently invaded by people from North Africa such as the Carthaginians and the Muslim Arabs of multiple Empires and Emirates.

Blessed With Many Beaches.

The Spanish people are very lucky and it is little surprise that Spain is such a popular tourist destination when you find out that Spain is home to over 8,000 kilometers of beaches. This is thanks to Spain being hugged on multiple fronts by the Mediterranean Sea to the east and south as well as the North Atlantic Ocean to the north and west. Furthermore, many of these beaches are located on the over 60 islands that are part of the country of Spain.

The Tallest Spanish Mountain Is Not Located in Spain.

This beautiful mountain is also surrounded by an amazingly diverse environment in the form of the Teide National Park. The park is the most visited in all of Spain with a total of 3 million people every year. The park is popular for its wildlife and plants that are able to thrive in the park thanks to the soil that is rich in nutrients that come from the nearby volcano that is located on Mount Teide.

Spain is blessed with great conditions for plants and thus agriculture, which is something that you may have gathered in this article about the nature and climate in Spain. There are over 1 million hectares are used for the growing of grapes for wine. This allows Spain to be the third biggest producer of wine in the entire world behind France and Italy respectively.

A popular tourist activity that you can for example take advantage of if you travel to Madrid is to take a guided tour around a wine yard where you can learn a lot, taste some great wine, and even stay over for a few nights in part of the vineyard that has been converted into a hotel.

In fact, Spain is able to produce so many locally grown fruits, vegetables, and plants that there are festivals such as the famous La Tomatina which is a festival held every year in the city of Valencia at the end of August every year. La Tomatina festival is essentially a giant tomato fight that is attended by over ten thousand people every year.

The country is also home to many natural world heritage sites that are approved by UNESCO. These natural heritage sites include Las Medulas which is the leftover of mountains and cliffs that during the times of the Roman Empire was one of the biggest gold mines in the world.

The site is a popular tourist destination as it is a great example of early engineering and due to the massive contrast of nature that has been shaped by human civilization such as the seven old aqueducts that were chiseled into the area and the mountains and cliffs that have been chiseled away.

You can learn more about other UNESCO World Heritage Sites on the LeoSystem.travel travel portal.

The Climate of Spain.

Officially Spain is home to four different climates, the Oceanic climate of the north of Spain that is located mainly in the part of Spain that borders the Pyrenees and is also part of the autonomous Basque region in Spain. Also, there is a Warm Mediterranean climate in the northwestern part of Spain that borders the North Atlantic Ocean and also an Arid climate that is present in the Southeastern region of Spain and also in the region around the city of Valladolid. However, over 75% of the climate in Spain is officially classed as a Hot Mediterranean climate.

This is the beauty of Spain, it is home to a large variety of climates and environments guaranteeing that every region in Spain has its differences in terms of nature but also in culture and history.

Home to a Very High Number of Birds.

The nature and climate of Spain are truly unique, but Spain also holds a very special place in the world as it is the major resting and nesting point for migratory birds such as the European Robin and the booted eagle that are both birds that migrate every single between Western Europe and North Africa. Birds do this in order to escape the winter weather during which it is harder to survive due to plummeting temperatures and there is also less food around in the form of prey or edible plants.

In total in Spain, there is officially 613 different birds of prey that can be found in the wild, these birds live all around the country, particularly in the pine and palm tree forests as well as the many cliffs and mountains of the Iberian Peninsula which offer a safe refuge for birds to look after their young and hide from predators. If you are an avid birdwatcher or would like to try to get involved in such an activity yourself then Spain is a great place to do it.

What is DoorDash? How Does It Work?