Learn to play like the Pros: Increase your CSGO Rankings with Ease! 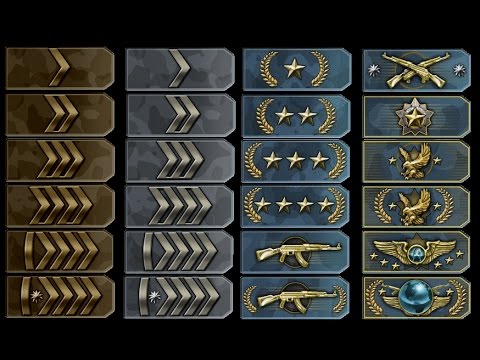 Becoming a professional CSGO player is perhaps not every CSGO gamer’s cup of tea. However, becoming as good as one, developing gaming skills that helped become professional CSGO players who they are, is something that many players can actually look forward to and perhaps achieve. CSGO gamers have long pursued ranks in the ranked matchmaking system similar to how gamers look to level up in other competitive games. Ranks in CSGO decides how good a player is perceived in the eyes of the gaming community. Basically, one’s CSGO rankings will affect if other players want to play with them, take them in their teams, and other such interactions. In such a situation with CSGO ranks affecting a number of situations in a gamer’s online experience, many players try to increase their CSGO Ranks 2017 or 2018 to the highest they can possibly achieve.

Now if any CSGO player doesn’t want to necessarily buy CSGO account or use the help of boosters to attain a higher rank, then they naturally must improve their gameplay and win. Winning is key if anyone wants to gradually rank up and how good a player plays, coupled with their team – gaming skills affects if a player will be able to reach a higher rank on the ladder. For this to become a normal thing, all interested players would have to learn Strats and maneuvers like that of top CSGO players. They would need to be able to defeat opponents and win consistently with proper efficiency.

How to improve at playing CSGO by Learning the Strats of Top CSGO Players?

The Flash grenade in CSGO is perhaps one of the most versatile items available to players on any side of the team. Players can use it in a bunch of ways to even the odds within the game, to change how the round is playing out, in their favor. What a flash grenade basically does is block out any sound a player might hear and blinds them with a white vision if it explodes in their path of sight. This would leave them vulnerable to attack or make them feel disoriented, unable to fight.

Now this can be used both in an aggressive as well as a passive manner. If any player want’s to storm a bomb site, wants to cross over into a room or stair case confidently or just flash a popular holding spot, then they can flash that area. Then, it’ll become a lot easier for them to cross and shoot. However, it can also be used to stop a bunch of enemies rushing a spot by throwing one in their rush path. That will blind them and make them cautious, buying one a few precious seconds.

One move that players can watch and learn from top CSGO players is angle checking or jiggle peeking. Basically, this entails a player to reach sharp corners, preferable close or long quarters, and quickly press their left and right strafe buttons. That will allow them to check around corners and different angles in a quick, brief manner. Because of how quickly it is done by the top players, it is something that enemies beyond the corner don’t even notice.

The way this helps a player is that by jiggle peeking a corner or angle checking, they are able to gain vital information about any spot or place they want to check out, but fear being shot or killed. They can die if they fully expose themselves in that direction and so they have to see and take in everything in that small window of time.

Therefore, these are some ways CSGO players can become better at the game, win more and eventually achieve better CSGO rankings for themselves.

What Kind of Professionals Does Beacon Resources Provide for Your Company?

Plan A Perfect Date With These Famous Rooftop Cafes In Delhi